BBC American in turn released both a teaser video — in which the Clone Club and others warn, “This is war,” as a new threat arrives on the scene — and a first photo (below), where we see Sarah in a tense face off with the lethal Rudy (new series regular Ari Millen) in a Dyad prison cell.

Per BBC America: More vulnerable than ever before, Sarah, Cosima, Alison, and Helena’s bond will be put to the test with the reveal of highly trained, identical male-soldiers played by Ari Millen. 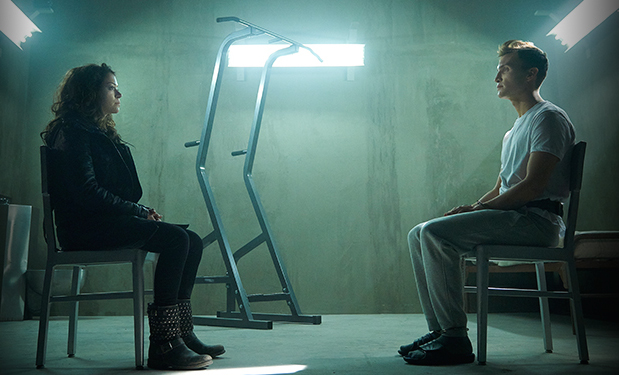