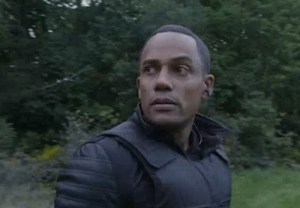 Auggie may be on his way home, but he’s far from out of danger on Thursday’s season finale of Covert Affairs (USA Network, 10/9c), especially when Calder loses track of one major threat to his safety.

In TVLine’s exclusive video, Calder goes after Langer, the man doing Belenko’s bidding on American soil, but unfortunately, the enemy is one step ahead of the CIA.

Press PLAY to watch the sneak peek, then hit the comments with your thoughts on Auggie’s well-being.