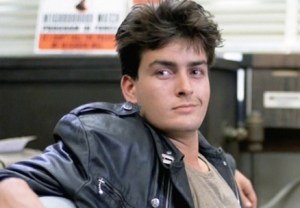 Charlie Sheen is getting in trouble with the law again.

The former Two and a Half Men star will pay homage to his Ferris Bueller’s Day Off character during The Goldbergs‘ upcoming tribute episode to the 1986 film, People reports.

In the John Hughes classic, Sheen appeared as “Boy in the Police Station,” who was told by Bueller’s sister (played by Jennifer Grey) to “blow [himself].”

On the ABC comedy, it will be Barry’s sis, Erica, who runs into Sheen’s character after ratting out her brother for faking being sick in an attempt to create his own Bueller-esque day off.