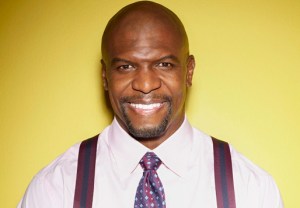 The Brooklyn Nine-Nine star has been tapped to host World’s Funniest Fails, an unscripted series that will feature “the best ‘epic fail’ viral videos in the most entertaining ways possible.”

Each episode will feature rotating celebrity guest-panelists, whose job is it to crown the ultimate Fail of the Week. A list of celebrity guests which will be announced at a later date.

“Like everyone else, I find myself watching these viral videos with my kids and cracking up at the hysterical fails from around globe, which is why I’m so excited to host World’s Funniest Fails,” Crews says in a statement. “It’s going to be non-stop laughter, fun for the whole family and I can’t wait!”

Will you check out World’s Funniest Fails next month? Drop a comment with your thoughts below.