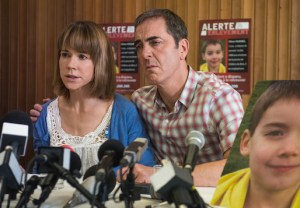 Less than a week after it received a Golden Globes nod for Best Miniseries, The Missing has secured an order for another season at Starz.

The network announced the news Tuesday, adding that the eight-episode second installment of the crime drama will — True Detective fashion — follow new characters involved in a new case in a different location.

BBC One also has renewed the series, our sister site Deadline reports.

The British drama’s current season follows the sudden disappearance of a 5-year-old boy who goes missing while on vacation with his parents, played by James Nesbitt and Frances O’Connor. O’Connor also received a Globes nomination for the role.

Season 1 unfolds over two timelines: one immediately following the disappearance and one years later. Starz says Season 2 will use the same storytelling framework.

Harry and Jack Williams, who penned Season 1, will return to write Season 2.