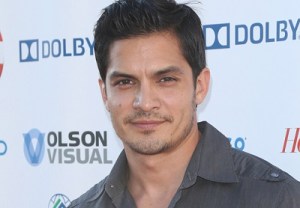 It’s a big day for The Flash‘s resident geek Cisco.

First, it was announced that Peyton List (The Tomorrow People) will be setting her sights on him (for better or for worse) as Leonard Snart’s little sister, and now he’s getting a sibling in the form of Nicholas Gonzalez, TVLine has confirmed.

The Sleepy Hollow vet will play Cisco’s handsome and charming older brother Dante, who is used to being the family favorite. Dante is a gifted pianist, but he never reached his potential and secretly resents Cisco’s success. When the brothers are thrust into extreme circumstances, Dante must rely on Cisco if they’re going to survive.

Gonzalez will appear in the same installment as List: Episode 16, titled “Rogue Time.”

Gonzalez recently guest-starred in two episodes of The CW’s Jane the Virgin. His other TV credits include Off the Map, Melrose Place and The O.C.