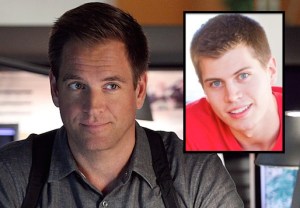 CBS’ NCIS will take its deepest dive ever into Agent Tony DiNozzo’s past with an episode that flashes back to his days as a teenager attending a military preparatory academy.

Taking on the role of Young DiNozzo, TVLine has learned exclusively, will be Tanner Stine, whose credits include Nickelodoen’s Haunted Hathaways and The Thundermans.

Showrunner Gary Glasberg touts Stine as a “terrific kid who literally studied Michael Weatherly’s mannerisms” and in turn “blew us away in the audition. He came in with the haircut, the attitude, the whole thing.”

Also guest-starring in the episode is Steve Harris (The Practice, Legends), appearing in both timelines as Tony’s onetime mentor/basketball coach who’s now the provost of the military academy he once attended.

TV’s most watched drama, NCIS presents its Christmas-themed winter finale this Tuesday at 8/7c. The Teenage Tony episode is due to air during February sweeps.