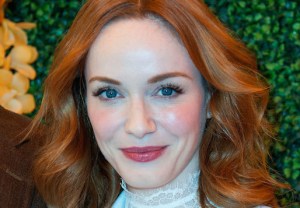 In the one-hour comedy pilot, which follows the day-to-day workings of a successful rock tour as seen through the eyes of the behind-the-scenes crew members, Hendricks will play Shelli, the band’s production manager — and thus work partner to Luke Wilson’s Bill. Shelli is described as “married to her job — and scary-good at it.”

Academy Award winner Cameron Crowe (Almost Famous) will write, direct and exec-produce the one-hour pilot, which will shoot in Vancouver in early 2015. Winnie Holzman (My So-Called Life) will serve as showrunner, while other executive producers include Bad Robot’s J.J. Abrams and Bryan Burk.