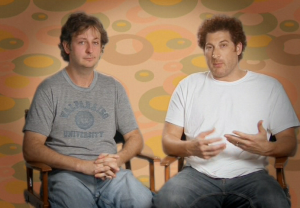 The duo behind Drawn Together are sketching out a potential new series for Fox that’s… unconventional to say the least.

Meet the Kellers, written and exec-produced by Dave Jeser and Matt Silverstein, is being described as a half-hour family sitcom that is part scripted and part hidden camera.

The 20th Century-produced project is said to be in the early development stage, and further details on the premise are being kept under very tight wraps.