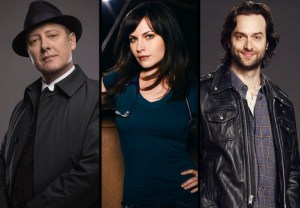 The Peacock network has announced that two of its summertime sleeper successes, the hospital drama The Night Shift and the relationship comedy Undateable, will return at midseason.

Specifically, Night Shift will open Season 2 on Monday, Feb. 23 at 10/9c (leading out of The Voice’s two-hour Season 8 opener), while Undateable’s sophomore run will air Tuesdays at 9 pm, starting March 17. (Both shows’ first seasons ran May to July.)

NBC’s other midseason moves include:

* Allegiance, a contemporary espionage-at-home drama in the vein of The Americans — about a young CIA analyst whose parents are former-ish KGB — will premiere Thursday, Feb. 5 at 10 pm, leading out of The Blacklist (which moves to its new night following a Feb. 1 post-Super Bowl showcase).

* One Big Happy, a comedy from writer Liz Feldman and executive producer Ellen DeGeneres, debuts Tuesday, March 17 at 9:30, leading out of Undateable. Elisha Cuthbert, Nick Zano and Kelly Brook star. (Marry Me and About a Boy will resume their seasons at a date TBA.)

* On Easter Sunday aka April 5, A.D. (a follow-up to History’s The Bible, looking at the lives that were instantly altered following the death of Christ) and Odyssey (a Traffic-like drama about an international conspiracy that connects three strangers’ lives) will bow, at 9 and 10 pm, respectively.