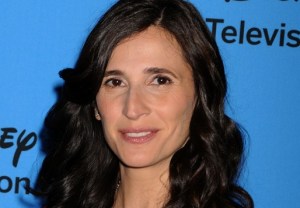 The Trophy Wife alumna is returning to ABC with a guest spot on The Goldbergs, where she’ll play Adam’s Spanish teacher, TVLine has learned exclusively.

Senora Taraborelli’s job will get a little more complicated, however, when Beverly hires her as a tutor after Adam receives a failing grade. But because that’s not enough for the smother, she also bribes Watkins’ character to pass Adam. (Sounds like somebody’s about to get introduced to the term no bueno.)

Watkins’ recent TV credits include New Girl, Transparent and Married. She is also the creator of the USA Network comedy Benched.

Stoked to see Watkins face off against Wendi McLendon-Covey’s alter ego? Sound off in the comments!