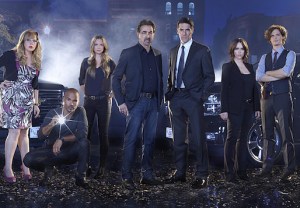 CBS is going back to the Criminal Minds well, by way of the crime drama’s second attempt at a spin-off.

TVLine has learned that the 19th episode of Season 10 will serve as a “planted” spin-off/backdoor pilot by introducing an elite team of profilers that travels the globe and works with local law enforcement to solve the crises of American citizens abroad. Criminal Minds showrunner Erica Messer will pen the episode.

Casting for the episode/prospective series is already underway, with an eye on a February production date.

CBS of course previously tried to spin off Criminal Minds some five years ago, with a backdoor pilot that introduced a team led by Forest Whitaker. Criminal Minds: Suspect Behavior went on to score a spot on CBS’ 2010-11 schedule, but ended after 13 midseason episodes.