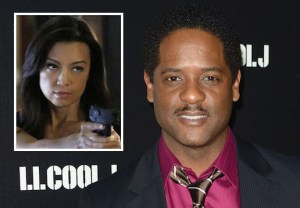 ABC’s Agents of S.H.I.E.L.D. has enlisted TV vet Blair Underwood to play a key figure from Melinda “The Cavalry” May’s super-shadowy past.

As reported by The Hollywood Reporter, the former L.A. Lawyer will recur during Season 2 as May’s estranged ex-husband, Dr. Andrew Garner, whom we first will meet in March.

S.H.I.E.L.D. aired its winter finale this past Tuesday, and resumes its sophomore run on March 3.

Underwood’s other previous TV credits include The Event, Dirty Sexy Money, In Treatment and Ironside.