Showtime’s Episodes has released the artwork for its winter return, and from the looks of it, Season 4 is going to blow us away.

In the exclusive poster below, Matt LeBlanc is caught in a tornado of script pages and alcohol on the outskirts of Hollywood — and he’s taking all his colleagues down (er, up) with him.

In addition to the new poster, we also have an exclusive behind-the-scenes video from Season 4 — premiering Sunday, Jan. 11, at 10:30/9:30c — which you can check out above.

Ready for the poster? Here it is: 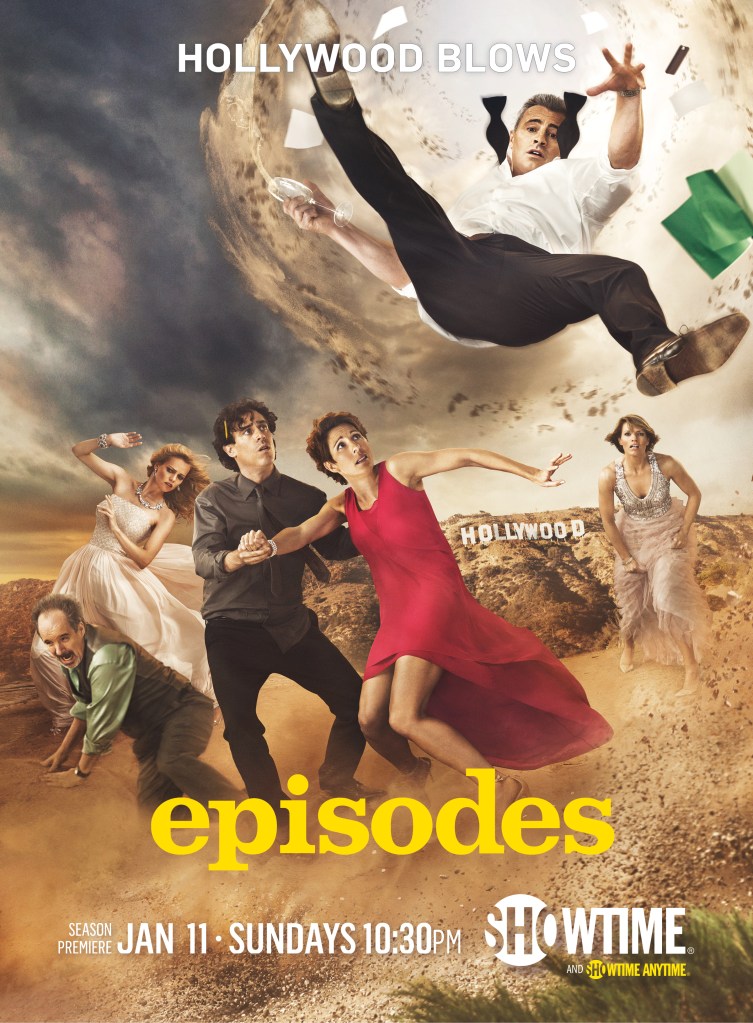