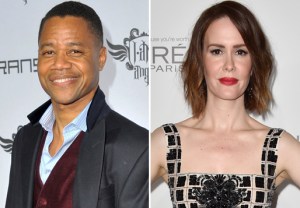 “Show me the evidence!”

If American Crime Story continues, subsequent seasons will focus on other infamous crimes.

Scott Alexander and Larry Karaszewski (The People vs. Larry Flynt) will pen the script; Murphy — who’ll co-executive produce with AHS‘ Brad Falchuk, among others — will direct the first episode.