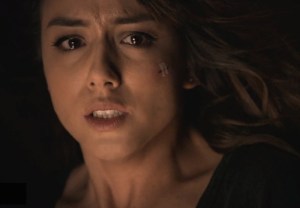 ABC’s Agents of S.H.I.E.L.D. with its Season 2 winter finale not only gave Skye a (famous) name, it also introduced to the series an exciting element of Marvel lore — one that will even be the basis for its own 2018 movie.

In the wake of the episode’s big data dumps, TVLine invited showrunners Jed Whedon and Maurissa Tancharoen to connect the dots, confirm some “tweaks” made to certain origin stories and preview the impact of that one tragic loss.

TVLINE | You sneaks. You used the “Daisy Bell” song last week….
MAURISSA TANCHAROEN | We sure did…. It was interesting to read people who keyed into that. A few people did.

TVLINE | Was there any debate in the room about possibly tipping your hand a week early?
JED WHEDON | It was [Marvel TV chief] Jeff Bell’s idea to have that be the nursery rhyme. In talking about it, we decided that as long as it was placed in a way that … you’d have to know the song and be listening for it and singing the lyrics along in your head to really get it, we figured it was a reward for those who could go that far.
TANCHAROEN | We were also hoping that the dream sequence that you’re watching as it plays would sort of detract attention.

TVLINE | Was the Daisy Johnson identity in place from Day 1, or did you go back and forth on a couple of different possibilities over the past season-and-a-half?
WHEDON | We knew that we wanted to do it fairly early on, but there’s obviously an approval process within Marvel…. We knew that Skye was going to discover these secrets about her parents and uncover something along these lines. So for about a year-and-a-half we knew that this is where we’d go with it.
TANCHAROEN | We and the entire writing staff are big fans of [the Marvel comics series] Secret Warriors, and I think that’s pretty clear in this show. So when we were given permission to move forward with Daisy Johnson, we were very excited.

TVLINE | But given Daisy’s 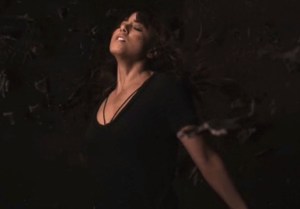 origin story [per Marvel lore, she’s the daughter of supervillain Calvin Zabo aka Mister Hyde and a prostitute], does this mean Skye is not an Inhuman, as some had speculated?
WHEDON | The origin of Daisy in the comics is different from what we are doing here. We are introducing two different concepts at the same time. One is her origin….
TANCHAROEN | We’re blending and merging. We’re doing our own spin to it, as we have done in the past, taking things that have existed in the Marvel universe and sort of fitting it into our mythology.
WHEDON | Partially that comes from the story evolving on film [in the Marvel Cinematic Universe], but also from the fact that there are so many fans who know these stories so far in and out, if you don’t change a little bit….

TVLINE | So if I had phrased my question, “Is Skye an Inhuman?”, your answer would have been….
WHEDON | Yes.
TANCHAROEN | Yes, she is.

TVLINE | How will this twist activate Skye as a character, moving forward?
TANCHAROEN | What we’ve set up for a season-and-a-half is the origin of a superhero.
WHEDON | And we know from how it went down [in the winter finale] that she doesn’t necessarily know what’s happening. She won’t necessarily know what caused what. And all of it will be tied to a very sad event in losing a dear, dear friend [Agent Tripp, killed by an obelisk shard]. It’ll be a complex journey; it’s not going to be all fun and games.
TANCHAROEN | Connecting Tripp’s death to the beginnings of her power is a very complicated journey for her, from here on out.

TVLINE | What should we be reading in her expressions during that final sequence?
TANCHAROEON | It’s a mix of many things. When she bursts through the [shell], I think it’s one of the most glorious moments we’ve had on the show. She looks so heroic and beyond awesome. And then to have her eyes land on Tripp as he crumbles to the ground, to see those tears forming…. Again, very complicated. 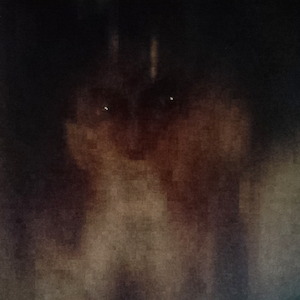 been distinctly affected by the transformation as well?
WHEDON | She may have been changed. You glimpsed a little bit of what may have happened to her [at right], but in the very next episode we learn exactly what happened.
TANCHAROEN | We know that Raina and Skye have similarities. We seem them both go through the [Terrigen] mist…. Raina absolutely thinks they have a connection are and destined for the same thing. How Raina transforms, you will see in the back half of our season.

TVLINE | Was another of the tweaks you made to the origin of Skye’s mother? That doesn’t quite match up with Marvel lore, either.
TANCHAROEN | Yes, that’s an original take as well – but pulling from elements that exist.

TVLINE | Will you be getting into the nature of Cal’s powers at some point?
WHEDON | As other characters learn things, so will the audience. Any questions left unanswered will be answered. The exact extent of what he can do or whether or not he has powers himself, we’ll get into that.
TANCHAROEN | We absolutely love the character. He is so much fun to write, because of what Kyle [MacLachlan] has brought to the table. We will explore that character as much as we possibly can.

TVLINE | Was a tiny part of you tempted to let Whitehall live, just so you could have a scene where Cal rips him apart? I know that I kind of wanted that scene.
WHEDON | [Laughs] We all wanted that – no one more than Cal.
TANCHAROEN | His life has been full of so many disappointments, we added another one to the long list. 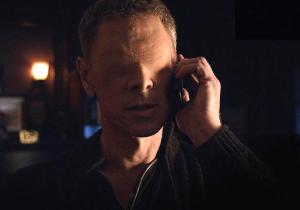 TVLINE | Very possibly silly question, but in the post-credits scene, the man with no eyes — was that Reed Diamond (who plays Whitehall)?
TANCHAROEN | He does look very similar to Reed Diamond, but no, it’s an actor named Jamie Harris (Turn, Kingdom). And you will learn his character’s name pretty soon.