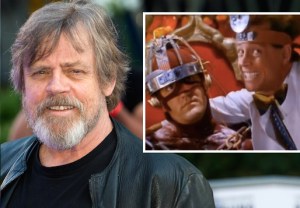 Star Wars icon Mark Hamill will guest-star on The CW’s The Flash this season, reprising his role from the 1990s edition of the superhero series as James Jesse aka The Trickster, HitFix’s Alan Sepinwall reports.

“Having Mark reprise his role as The Trickster was on our original wish list when we were planning our version of The Flash,” exec producer Andrew Kreisberg tells HitFix. “Christmas and Chanukah came early for us this year when he said yes!”

The Flash airs its midseason finale, Episode 9, this Tuesday at 8/7. Hamill will appear in Episode 17.