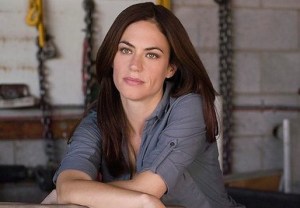 The cast for Showtimes Billions continues to look very flush.

Maggie Siff, whose credits include of course a six-year ride on Sons of Anarchy as well as a stint on Mad Men has joined the buzzy drama pilot, which already counts Emmy winners Damian Lewis (Homeland) and Paul Giamatti (John Adams) among its cast.

Siff will play the central character of Wendy Rhoades, Chuck’s wife, who after graduating at the top of her medical school class and training as a psychiatrist is now an in-demand performance coach who counts some of the most powerful figures in the world of high finance among her clients.

Neil Burger (The Illusionist) will direct the Billions pilot, to be filmed in New York in early 2015.