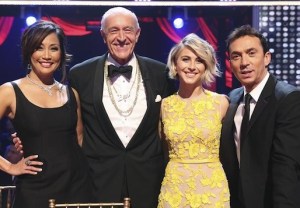 Dancing With the Stars will step forward without a key player, should the ABC reality series make it to Season 21.

Len Goodman told reporters over the weekend that his days at the judges’ dais will end after Dancing‘s upcoming springtime run — and E News! has since confirmed the exit (though ABC and producers have yet to officially comment).

Goodman also said he has bowed out of the January/February 2015 tour of the UK’s Strictly Come Dancing (on which DWTS is based), though he has no plans at all to vacate his role as a judge on that competition series.