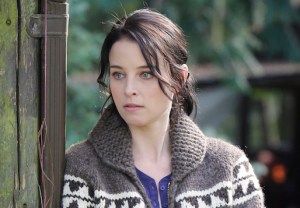 Continuum‘s future has been revealed: The Rachel Nichols-led time-travel drama will return for a fourth and final season.

The final six episodes, which will debut on Canada’s Showcase network in 2015, will air stateside on Syfy.

Nichols took to Twitter on Monday to confirm the news for fans:

The rumor is true: #CONTINUUM gets a final, fourth season. Six episodes to be shot this spring and air in 2015…

Set in Vancouver, Continuum stars Nichols as Kiera Cameron, a cop from 2077 who is transported to the present day and attempts to stop a terrorist organization as she finds her way back to the future.

Your thoughts on Continuum‘s big news? Drop ’em in the comments section below.