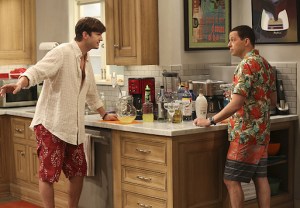 Two and a Half Men will wrap its 12th and final season with a one-hour series finale on Thursday, Feb. 19 at 9/8c, the network announced Friday.

Alan and Walden’s big goodbye will follow the premiere of Matthew Perry and Thomas Lennon’s Odd Couple reboot, which gets underway the same night at 8:30.