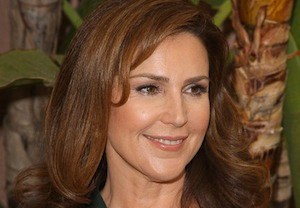 Paging all hooligans and troublemakers to Peri Gilpin’s office.

Jean Smart had played the role in the original pilot, but exited the project when it changed from single- to multi-cam.

Last month, Greek‘s Spencer Grammer and A to Z‘s Lenora Crichlow joined Mr. Robinson as math and English teachers — the former who moonlights as an exotic dancer, the latter who left the world of Wall Street to follow her true passion.

Robinson’s title character, meanwhile, works as a substitute music teacher by day, and plays in the band Nasty Delicious with his brother Ben (Brandon T. Jackson) by night.

Excited to see Gilpin back in the world of network comedy? Sound off below!