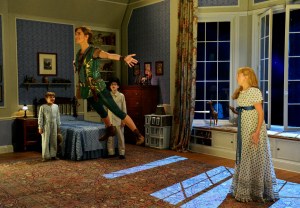 Sometimes, you learn more about a major television event by not watching it. That was my experience Thursday, as I enjoyed Peter Pan Live! not through my own eyes, but through the eyes of Twitter.

(Disclaimer: TVLine Senior Editor Michael Slezak did watch Peter Pan Live!, so if “accuracy” is more your flavor, check out his photo recap of the best, worst and “whoops-iest” moments.)

All right, friends, here’s what I gathered…

It all started with a dead maid:

But the maid’s death (murder?) was quickly swept under the rug when Peter and Wendy met. Shipping began immediately:

I don't care who you are, you want to see Peter Pan and Wendy les out on each other right now.

Then came the group field trip to Neverland. Sadly, the magic of HD apparently nullified the magic of stage flight:

"I'm just like saying, you could see the wires." – Hannah Horvath #PeterPanLive

Suddenly, a hush fell over all of Neverland, as an (allegedly) gay crocodile sashayed onto the scene:

The crocodile is gay as hell too!!! pic.twitter.com/2OANlaopiJ

This was followed by a surprising amount of thirst for the Lost Men:

Let me just say if I met THOSE lost boys, I wouldn't be leaving Neverland.. Ever. #PeterPanLive

Of course, others preferred the Native American gentlemen:

SCREW THE LOST BOYS THE INDIANS ARE HOT AF

And then there was Resurrection‘s Frances Fisher, who just said, well, this:

The pirates are all dancing their faces off. Walken looks like he's trying to remember if he left his George Foreman Grill on. #PeterPanLive

But in the end, there was one thing everyone could agree on:

Minnie Driver you are lovely!!!! #PeterPanLive

I’ll end with this gem, courtesy of Nashville‘s Laura Benanti, who played Baroness Elsa in The Sound of Music Live! Unfortunately, Benanti was unable to watch Peter Pan in real time — I can relate — but that didn’t stop her from crafting the perfect dream cameo:

Did you actually watch Peter Pan Live!? If so, what was your favorite part? Are you Team Hot Lost Boys, Team Hot Native Americans or Team Hot Pirates? Drop ’em in the comments section below! 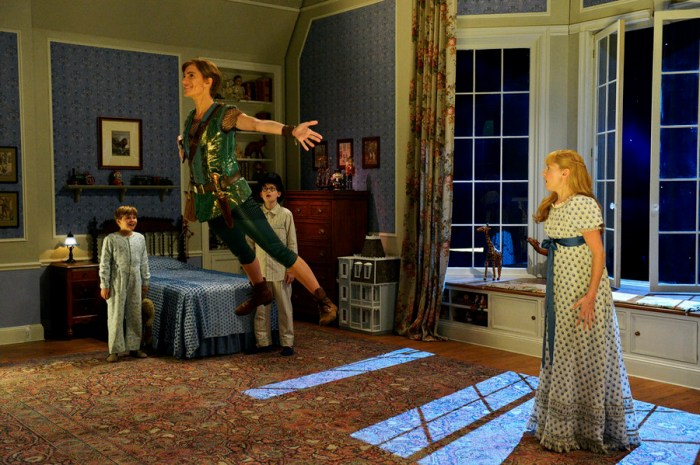