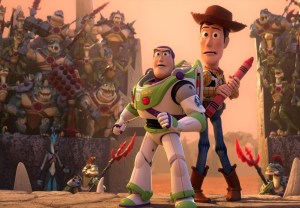 Reindeer are so last Christmas. This year, it’s all about dinosaurs, and ABC’s Toy Story That Time Forgot — which premiered Tuesday — has ’em in spades.

This latest made-for-TV Toy Story sends Woody and the gang to Bonnie’s friend Mason’s house, where they encounter a twisted civilization of self-unaware dinosaur battle toys.

Actually, it’s not even fair to say “Woody the gang,” as Trixie the Triceratops (voiced by Bob’s Burgers‘ Kristen Schaal) really takes the lead this time around. It’s her unbreakable desire to be treated like a dinosaur — I can relate — that leads everyone into harm’s way and, unfortunately, that’s not enough to save them when the dino-people turn ugly.

Fortunately, Bonnie and Mason are forced to play with their toys when the power to their video game is knocked out — a subtle-but-accurate reference to future generations’ preference of electronics over simple toys — and the dino-people discover that true happiness comes from being played with. (Or something like that.) 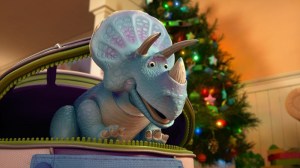 Now that we’ve worked our way through the plot, I have to admit this movie left me with a few questions, five to be exact:

* Do you also find it difficult to empathize with triceratops, even those voiced by beloved comediennes? I think Cera from The Land Before Time really ruined the whole species for me.

* If Bonnie and Mason hadn’t shown up just in the nick of time, would those dino-people have killed Woody and his friends?

* Follow-up: How would Bonnie even begin to make sense of that upon discovering her dead toys?

* Isn’t it a little unsettling to think of every single one of your Christmas ornaments also coming alive at night? Like, just hanging up there while you sleep? 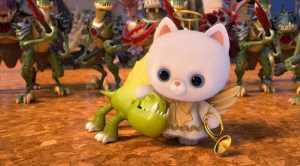 * That said, can we please get way more of that prophetic cat ornament in all future Toy Story projects? What an adorable little weirdo.

What’s your take on Toy Story That Time Forgot? Grade the special below, then drop a comment with your full review. 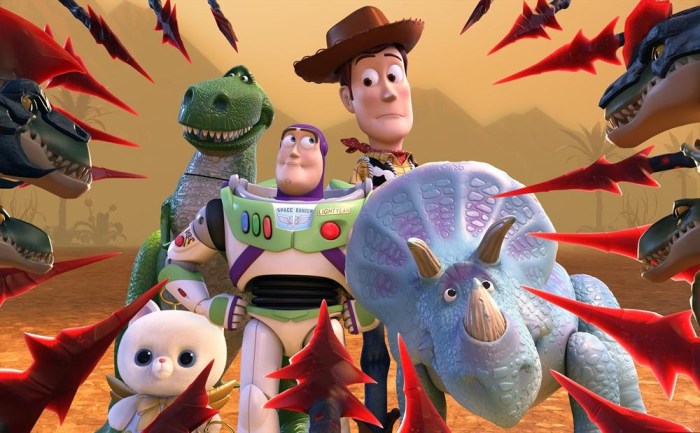