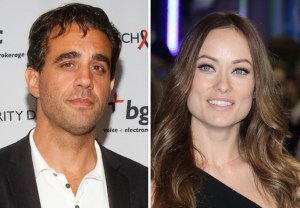 HBO is ready to rock.

The premium cabler has ordered to series a drama, executive-produced by Martin Scorsese (GoodFellas) and Rolling Stones frontman Mick Jagger, about the 1970s rock scene.

The not-yet-titled series, which is set in New York, “will explore the drug and sex fueled music business as punk and disco were breaking out, all through the eyes of a record executive trying to resurrect his label and find the next new sound,” the network announced.

Bobby Cannavale (Boardwalk Empire) will star as Richie Finestra, the aforementioned music exec who is thrown when he must face a life-altering decision. Olivia Wilde (House) will play his wife, Devon, a former model and actress who reverts to her Bohemian lifestyle when Richie’s troubles takeover.