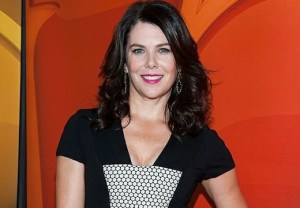 Parenthood‘s not over yet, but Lauren Graham has already lined up her next gig.

The Gilmore Girls alum will headline and co-write Kate on Later, a comedy in development at NBC, our sister site Deadline reports.

The single-camera project, which has a script commitment at the network, follows Graham’s Kate as she is afforded the opportunity of becoming one of the only women in late-night television.

The actress will co-write with Liz Tuccillo (He’s Just Not That Into You) and will executive-produce alongside Ellen DeGeneres’ Very Good Productions and Warner Bros. Television.