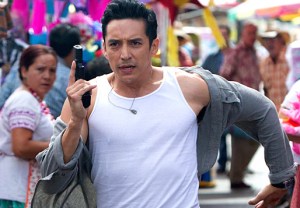 The action-drama series, which starred Gabriel Luna as Tony Bravo, a soccer player and CIA mole, has been cancelled after one season, our sister site Deadline is reporting.

This decision will likely come as a surprise to Matador fans, as the series was picked up for a second season before it premiered in July. According to Deadline, Matador performed well in the U.S., but the network had hoped for more international success.

“Ultimately, it was a business decision, but to be clear, we were very proud of the series on every level,” the network said in a statement. “Creatively, it hit the mark, and we are gratified that it celebrated diversity in front of the cameras and behind the scenes. We want to thank everyone involved, from the extraordinarily talented cast and crew to the amazing production team. We appreciate all that they have done and look forward to the opportunity to work with them in the future.”

Are you bummed about Matador‘s cancellation? Drop a comment with your reaction(s) below.