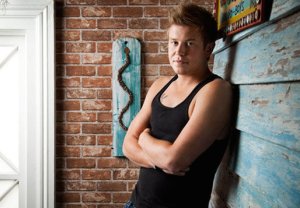 Real World alum Ryan Knight — who appeared in the 2010 New Orleans edition — has died, TMZ reports. He was 29.

A cause of death is not yet known, but his body was reportedly discovered Thursday morning at a friend’s house.

This is the second tragedy to befall MTV’s Real World franchise in as many weeks. Earlier this month, fellow Challenge vet Diem Brown died after a long battle with cancer. She was 32.