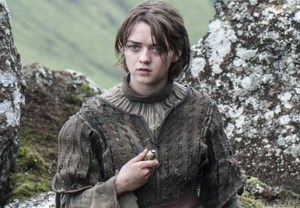 We’re still months (and months and months) away from Game of Thrones‘ return, but visions of what Season 5 might hold are already starting to trickle in.

HBO has released a new Arya-centric teaser video, instructing fans to “follow the three-eyed raven.” It’s all to bring attention to ThreeEyedRaven.com, a site where Thrones fans can sign up to receive regular “sights” (aka updates) from the show’s iconic flapper.

* TeenNick has released the first trailer for its upcoming series Open Heart, from the producers of Degrassi, premiering Jan. 2015. Behold: