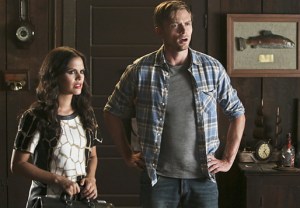 Hart of Dixie‘s fourth season is already full of surprises; previously slated to premiere in Jan. 2015, the CW drama’s return has been moved up to December.

Dixie will now return Monday, Dec. 15, at 8/7c, leading into the fall finale of Jane the Virgin. Following the premiere, Dixie will return to its regular time slot on Friday, Jan. 9, at 8 pm.

The CW recently released a trailer for the new season, which finds Zoe getting cozy with Wade, along with a major Lemon-related reveal.

What are you hoping to see in Dixie‘s new season? Browse new photos from the premiere below, then drop a comment with your wish list.