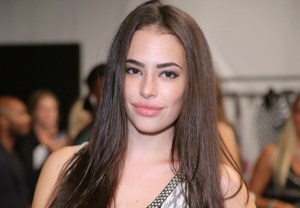 Just when you thought Liam and Karma’s path to happily-ever-after couldn’t get any more twisted, enter Chloe Bridges.

Bridges — who’s no stranger to teen dramas, having recently appeared on ABC Family’s Pretty Little Liars and The CW’s The Carrie Diaries — is joining the cast of Faking It as Zita Cruz, an effortlessly cool socialite who befriends Liam when they both intern at Skwerkel.

Zita will first appear sometime in 2015, and my gut tells me we shouldn’t expect Karma and Amy to invite her to their next slumber party — though Liam’s bed is possibly open for business.

(Note: We’ll have tons of scoop on the second half of Faking It‘s sophomore season after tonight’s finale, so be sure to check TVLine at 11/10c!)

Your thoughts on Bridges’ casting? Drop a comment with your take on Liam and Karma’s future below.