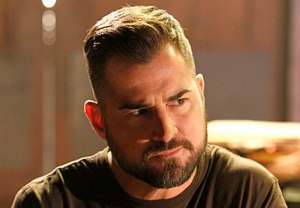 Nick Stokes is leaving the scene of the crime.

George Eads, who has long portrayed the forensic investigator on CSI, will exit the series at the end of the show’s current 15th season, TVLine has confirmed.

Though Eads has not made an official statement about his departure, TVGuide.com — who was first to report the news — notes that Nick’s exit will be connected to the Gig Harbor Killer case.

Eads took a leave of absence from the procedural last season, after an on-set clash with a writer caused him to miss several episodes, including the series’ milestone 300th installment.

CSI‘s future is also unclear in the wake of Eads’ exit; Season 15’s episode count was recently trimmed from 22 to 18 episodes.

Are you surprised by Eads’ departure? Hit the comments and tell us.