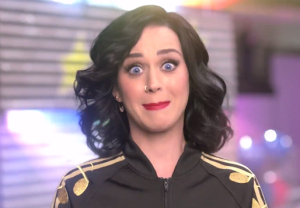 In October, Billboard magazine reported that the “Teenage Dream” singer had signed on as the main act, and that she’d been on a short list that included Rihanna and Coldplay.

Super Bowl XLIX will be broadcast Sunday, Feb. 1, on NBC. The game will be held at University of Phoenix Stadium in Arizona.

Does the announcement make you “Roar” with joy or anger? Press PLAY on the video below to watch Perry “prepare” for her performance in a Pepsi spot released Sunday night, then hit the comments and tell us about it!