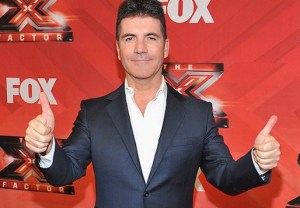 Is Fox looking to reunite with its X?

The network reportedly is in talks with Simon Cowell to bring The X Factor, which was cancelled in February after three seasons, back for Season 4.

Cowell, who created the singing competition and is now a judge on its British version, would leave that post in order to return to the United States, the British publication Mirror reports.

Representatives from the network have not commented on the report. X Factor‘s Season 3 finale was watched by only 6.2 million people — and scored a 1.7 demo rating — marking year-to-year declines of 36 and 45 percent.

The series’ American iteration made several changes during its run, including dropping mentors Paula Abdul and Nicole Scherzinger and host Steve Jones after the first season and adding Britney Spears and Demi Lovato to the mix in Season 2.

RELATED The Voice Top 12 Results Recap: They Want to Do the Wild-Card Thing

If Cowell does depart the British X Factor, it will be the second time he’s done so; the first was in 2010, to get Fox’s Factor going.

Per the Mirror report, Fox’s relaunched X Factor would bow in 2015.