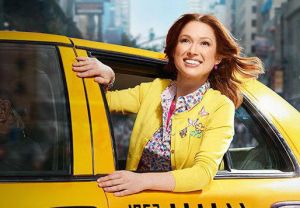 The Unbreakable Kimmy Schmidt is breaking free of NBC.

The comedy, co-created by Tina Fey and starring Ellie Kemper, originally was slated to air on the Peacock network. Now, it’s moving to Netflix, the streaming video service announced Friday.

The series — which Netflix picked up for two seasons — centers on a woman (played by The Office‘s Kemper) who escapes from a doomsday cult and starts life over in New York. She quickly finds a new job (working for 30 Rock‘s Jane Krakowski) and a new roommate (30 Rock‘s Tituss Burgess).

Netflix will debut the show exclusively in March 2015.