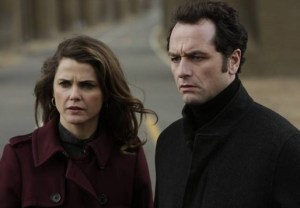 Justified will fire off its sixth and final round starting Tuesday, Jan. 20 at a 10/9c, FX has announced.

The acclaimed espionage drama The Americans will return the following week, on Wednesday, Jan. 28 at 10 pm, with its third season.