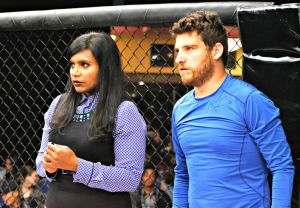 TVLine has learned exclusively that Adam Pally‘s run as a Mindy Project series regular will come to an end in early 2015.

I’m told Pally’s pact with the Fox comedy was always set to expire with this season’s 13th episode. He joined the show as Dr. Peter Prentice at the start of Season 2 and was quickly upgraded to a regular. Pally is expected to make occasional guest appearances as his schedule permits.

Mindy has sustained a few casting changes in its short tenure, starting with Stephen Tobolowsky and the departure of practice-founding doc he played. More recently, Zoe Jarman was dropped as a series regular ahead of Season 3, yet executive producer Matt Warburton repeatedly has told TVLine the show would love to have Jarman’s Betsy appear again in the future.