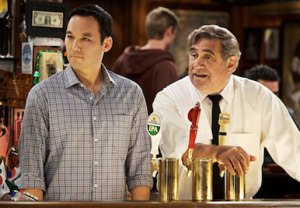 The TBS comedy has been cancelled after three seasons, our sister site Deadline reports.

The series, which starred Dan Lauria and Steve Byrne as a father-son duo running a Pittsburgh bar, wrapped its third season on Sept. 9. Sullivan & Son joins fellow fallen comedy Men At Work, which was cancelled by the cabler in May.

TVLine’s Cable Renewal Scorecard has been updated with the news.

Will you miss Sullivan & Son? Hit the comments with your thoughts.