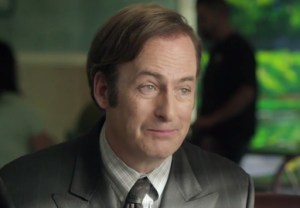 Anticipating a need for some legal representation after the new year? AMC’s got you covered.

The next night, Feb. 9, AMC will air the series’ second episode in its regular, Mondays-at-10 time slot.

“The series is set six years before Saul Goodman meets Walter White,” reads the Bad spin-off’s official description. “When we meet him, the man who will become Saul Goodman is known as Jimmy McGill, a small-time lawyer searching for his destiny, and, more immediately, hustling to make ends meet. Working alongside, and, often, against Jimmy, is ‘fixer’ Mike Ehrmantraut, a beloved character introduced in Breaking Bad. The series will track Jimmy’s transformation into Saul Goodman, the man who puts ‘criminal’ in ‘Criminal lawyer.’”

Below, watch a teaser for the new series: