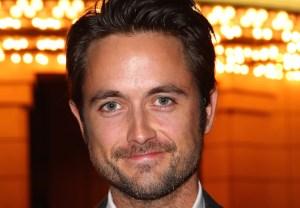 Orphan Black is getting a little Shameless.

Justin Chatwin — who recently reappeared on the Showtime series — has joined the BBC America clone thriller for Season 3.

The news was announced via the show’s official Twitter account, and followed by a photo from co-creator Graeme Manson of the actor on set.

To the shock of fans and the show’s cast, Chatwin reprised his Shameless role as the presumed dead Jimmy/Steve in the Season 4 finale. (Maybe Jimmy’s been cloned?!)