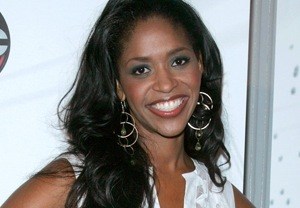 Alias alumna Merrin Dungey is returning to ABC by way of Once Upon a Time, in the recurring role of the delectably dreadful Ursula.

As reported by EW.com, the sorceress of the sea will act in cahoots with Kristin Bauer van Straten’s returning Maleficent and the recently cast Victoria Smurfit’s Cruella de Vil.

As Once coceators Adam Horowitz and Eddy Kitsis shared for TVLine’s Fall Finale Preview, the stage soon shall be set for “an embarrassment of witches” during Season 4B, as “things gets classically evil” in The Enchanted Forest.

Ursula, in a sense, previously appeared on Once Upon a Time during Season 3’s Neverland arc, when in flashbacks Regina impersonated the voluptuous villainess, to dupe that little mermaid Ariel (played by JoAnna Garcia Swisher). At one point in that same arc, Community‘s Yvette Nicole Brown voiced the actual Ursula; Brown now is a series regular on the midseason CBS comedy The Odd Couple.