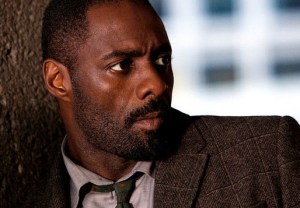 Set aside your anxieties about who’ll play the title character in Fox’s proposed U.S. remake of Luther.

For the moment, it’s time to celebrate the fact that BBC America will be bringing back the original, British flavor — played by Idris Elba — for a fourth season, sometime in 2015.

The network announced Wednesday that creator Neil Cross is planning a two-part miniseries continuation of the Emmy-nominated, London-set crime drama — with Elba back in the title role of the morally ambiguous detective.

“Ever since we said goodbye to John Luther on Southwark Bridge, there’s hardly been a minute when I didn’t wonder what happened next,” Cross said in a release. “So I decided to find out. We’re putting the band back together; Luther is coming back where he belongs. Back to the BBC. Back to London. And back to work.”

Fresh Luther episodes will begin shooting in March 2015, with a premiere date later in the year.

On Tuesday, Fox gave a pilot commitment to an American adaptation of the series, with Cross set to write, as well as executive-produce along with Elba, who was not immediately attached to reprise his role stateside.

At this year’s Emmys, the actor told TVLine’s Michael Ausiello that his series — which aired its third season finale in 2013 — was not finished, that it was “one of those shows that can keep going and going.”