Chasing Life‘s holiday special (Dec. 9 at 9/8c on ABC Family) may not technically take place in December — it’s more of a Christmas-in-May kind of thing — but as you’ll see, that’s not making the cast’s spirits any less bright.

TVLine has an exclusive behind-the-scenes video from the festive shoot — take note of Italia Ricci‘s super-fancy hair — in which the stars reveal their personal holiday traditions. (Spoiler alert: Ricci’s kind of a Christmas nut.)

So, what can fans expect from Chasing Life‘s Christmas special? Let’s check in with executive producer Patrick Sean Smith for the scoop:

“When April realizes that she’s starting to lose her hair, the family decides to throw her a Christmas, which is her favorite holiday, while she’s still in the hospital and starting to struggle with this loss,” Smith tells TVLine.

And yes, the episode will reveal why Leo called April at the end of the summer finale. (Keep those fingers crossed for good news!)

Hit PLAY on our exclusive video above, then drop a comment with your hopes for the Christmas episode below. 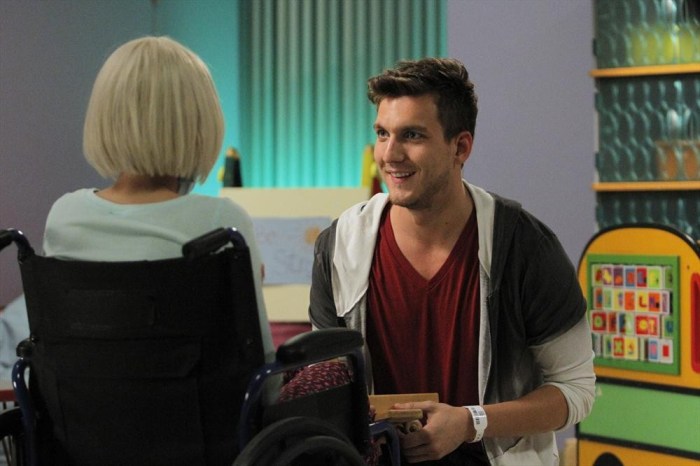