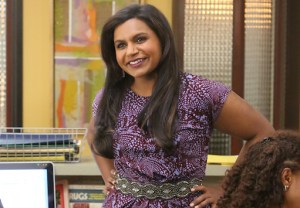 Diamond Dan lap dances for everybody!: Fox has ordered more episodes of The Mindy Project.

The network announced on Friday that it has added six additional episodes to Mindy‘s current order, bringing the Season 3 total to 21.

The order suggests that Fox has faith in the comedy, which has struggled in the ratings this season.

Per Fox, Mindy averages 3.1 million viewers each week and sees significant gains when DVR viewing is factored in.

Are you happy to get more Mindy? Sound off in the comments!