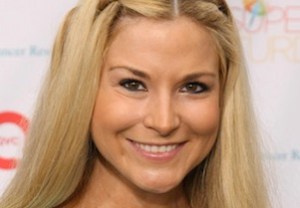 Diem Brown, who found fame as a cast member of MTV’s Real World/Road Rules Challenge, died today at a New York City hospital after a long battle with cancer, People.com is reporting. She was 32.

Brown, who candidly wrote about her health crisis for People, made her debut on the MTV staple in 2006 — revealing her ovarian cancer diagnosis during filming. She went on to appear in six additional cycles of the Challenge franchise.

Brown’s ovarian cancer returned in 2012. In the last few months, she revealed that tumors had spread to her stomach and colon, and then to her liver and lymph nodes.

Despite the harrowing news, Brown, who founded MedGift as a way for seriously ill people to raise money and update friends and family, remained optimistic in her public statements. “My big goal in life is to prove people wrong,” she insisted in September. “You think I’m out? Watch: I’m going to get healthy, and I’m going to have my family and my dream again.”