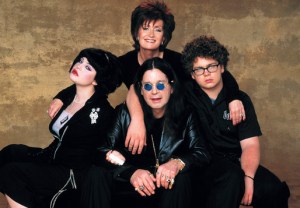 The Prince of Darkness is rising again.

VH1 is reviving The Osbournes — a reality show about Ozzy and Sharon Osbourne’s family, which originally ran on MTV from 2002 to 2005 — for a fifth season, according to The Hollywood Reporter.

RELATED Longmire May Get New Life Via Netflix

In addition to The Osbournes being largely responsible for today’s current wave of celebrity families on reality TV — here’s looking at you, Kardashians — the MTV docuseries also scored an Emmy Award in 2002 for Outstanding Reality Program.

Since their show was cancelled 10 years ago, the Osbournes have remained prominently in the public eye: Sharon is a co-host on CBS’ The Talk and was a judge for the U.K. version of The X Factor; Kelly appeared on Dancing With the Stars in 2009 and currently co-hosts E!’s Fashion Police; and Jack has taken part in a number of successful reality TV projects.

The Osbournes is slated to return sometime in 2015.

The question is: Will you welcome The Osbournes back into your living rooms? Drop a comment with your answer below.