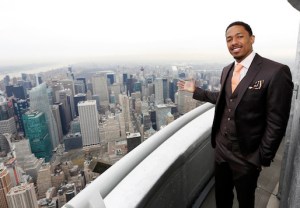 Your champagne wishes and caviar dreams have come true.

NBC is planning to revive Lifestyles of the Rich and Famous, the syndicated, unscripted series that visited the homes of the very wealthy to show regular joes how the other half lives.

Robin Leach hosted the original Lifestyles, which aired from the mid-1980s to the mid-90s; per The Hollywood Reporter, which first reported the news, America’s Got Talent emcee Nick Cannon will take his place in the new incarnation.

The updated Lifestyles reportedly will be told from Cannon’s point of view and will include wealthy tech entrepreneurs; it also will include coverage of the philanthropic efforts of its subjects.

Esquire Network (formerly Style) originally revived the concept last year but ultimately did not move forward with the project.

Thoughts on Lifestyles‘ new life? Sound off in the comments!