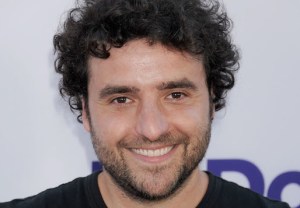 David Krumholtz is poised to do a real number on us, playing a 72-year-old Jewish grandmother in an IFC pilot.

IFC announced on Wednesday that it has commissioned a presentation (i.e. a whittled-down pilot) for Gigi’s Bucket List, which follows the titular septuagenarian from Boca Raton, Fla. as she pursues everything she deprived herself of throughout her life, after discovering millions in her dead husband’s bank account.

Krumholtz will serve as an executive producer on the project alongside Grandma’s House Entertainment’s Ben Newmark and Dan Newmark, Ricky Mabe and Zach Golden. The presentation will film later this year, for consideration for a possible 2015 premiere date.

In addition to his six-season run on Numb3rs, Krumholtz’s TV credits include The League, CBS’ short-lived Partners, Raising Hope and TBS’ Men at Work.