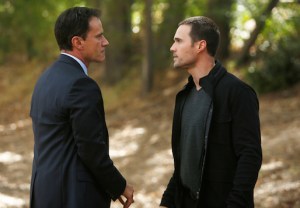 Two most provocative face-offs are on tap in the next episode of ABC’s Marvel’s Agents of S.H.I.E.L.D.

In “The Things We Bury” (airing Tuesday at 9/8c), Coulson and team find themselves in an epic face-off against HYDRA to uncover an ancient secret, while Ward kidnaps his brother, Senator Christian Ward (guest star Tim DeKay), for a violent trip down memory lane.

But in addition to the warring Wards, the photos below also indicate a flashback to Agent Peggy Carter’s interrogation of — or by? — Daniel Whitehall fka Werner Reinhardt. 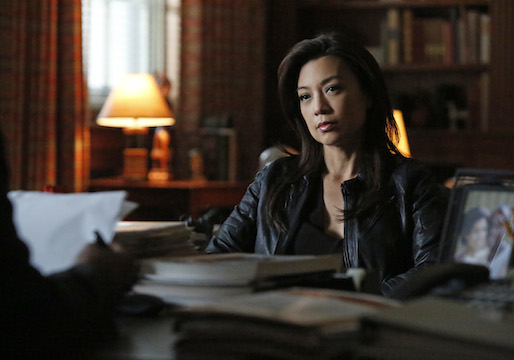