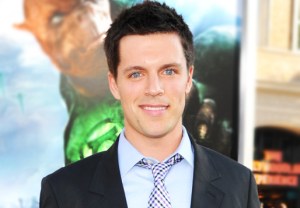 Will Nashville‘s newest addition prove to be just what the doctor ordered — or a dose of bad medicine?

RELATED Nashville Photos: Will the CMA Awards Be Rayna and Luke’s Undoing?

Nick Jandl (Hulu’s The 4 to 9ers) will recur as Dr. Caleb Rand, a direct-but-charming physician who becomes intimately involved in the lives of two of the show’s key characters, TVLine has learned exclusively.

Of course, Dr. Rand’s specialty — which will ultimately determine which characters he becomes involved with — remains a mystery. Could he be Juliette’s new OBGYN who drives a wedge between her and baby daddy Avery? Or could he be a new love interest for Will, thus complicating his sham of a marriage to Layla even further?

Any guesses as to who Dr. Rand will be working “intimately” with? Drop your theories in the comments section below.